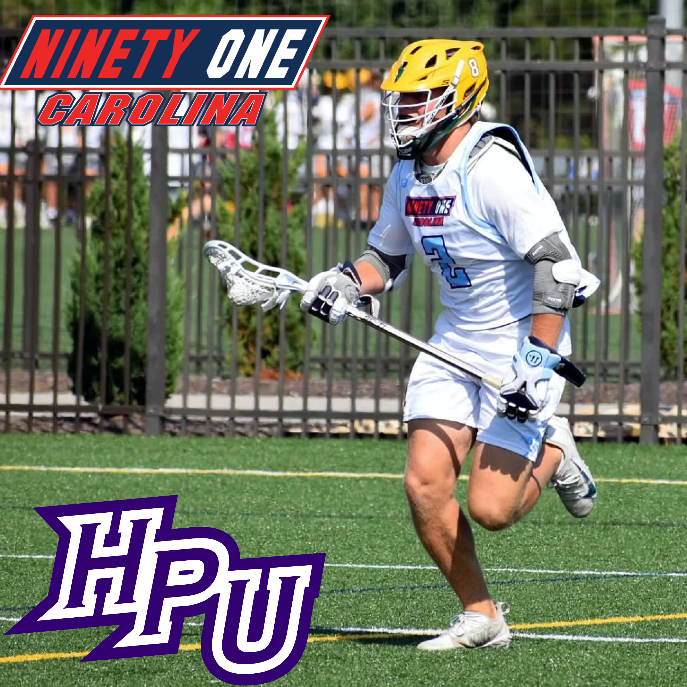 Coach Torpey and the Panthers are not afraid to compete with the so called “Blue Bloods” of college lacrosse and have found success scheduling tough competition early in the season, which in return has created a culture that seems to be destined to be playing in May more consistently. That culture is what caught Nathan’s eye when he began his commitment journey saying, “The family aspect within the team at High Point had a big presence”

Nathan is a key contributor in all three sports at Apex High School in North Carolina (Lacrosse, Basketball & Soccer). He takes pride in his endurance being a two-way midfielder on the lacrosse field, which is built from the nonstop up and down of soccer and basketball. With 31 goals and 7 assists in his Junior year, receiving First Team South Wake Athletic Conference, First Team All NC East Region and Second Team All-State NC, it is obvious that the 6ft midfielder has an impact in any game. Nathan plays with the tenacity and physical presence that is expected at the next level, which can be tied to being the youngest of three boys in the family. He tributes his playing ability to his two older brothers who got him into the game of lacrosse and you can tell he got his toughness from the backyard. The mentality of being bigger, stronger and faster is why Nathan is a strong downhill dodger and also being an outside threat while on the other side of the ball being able to lockdown the opposing teams scoring threat one on one with his physicality.

Nathan plans to study Exercise Science which was a huge box that was checked off when choosing High Point University. Since 7th grade he has dreamed of playing lacrosse at the highest level and with High Point being an in state university, with a tremendous exercise science program and the proven ability to compete with the best, it seemed like a no brainer for the stud midfielder. In Nathan’s words, “I’m willing to do whatever the team needs for success. I enjoy playing all aspects of lacrosse and always let my actions speak for me.” Nathan will have plenty of opportunities to play in front of family, friends and the Team 91 Carolina family. With his physical presence as a junior with a another high school season to get even stronger and faster, Nathan is eager to step foot on High Point’s campus and I am sure Coach Torpey and his staff are too because they are getting a player that can do it all.